The US author Heather Shumaker puts educational myths right – and gives us tools on how to deal with conflict.
Interview — Sarah Pfäffli
17 Nov 2020 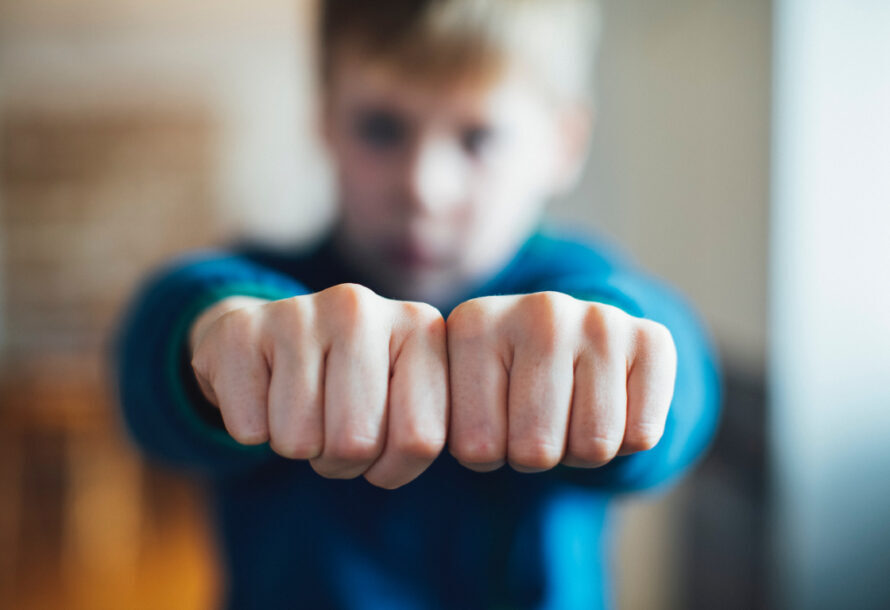 This is part 2 of our interview with Heather Shumaker. Part 1 was about rough play – and why it is so important and useful for children. You can read this part here.

I have two boys and I must admit that I get tired of all the conflicts every day. I would really like to have more peace in our house. Do I have false expectations given that my kids are 3 and 5 years old?
Of course we get tired! It is a tiring job. But kids need conflict so that they learn how to deal with those feelings. They need to learn how to set a limit and listen to limits. It’s not easy, but if you practice over and over, they gain these skills and it becomes second nature. When we get tired of the conflict, we will yell or say something like «I’m tired, that’s it, go to your room!», but that doesn’t help. The big feeling  behind the conflict won’t go away, it will just get buried. It may be the best we can do that day. We are not always going to say the right things. But we will have to deal with this big feeling the next time. It is a natural part of being a young kid.

So I need to change my attitude towards conflict. What is my role when my kids fight?
If you realize that there is a big feeling, you could say: «You sound mad! What can we do about that mad feeling?» Maybe the child is not able to tell the other child what they don’t like at that moment, because this feeling is so big. So we just need to work with their feeling. There is a whole part in my book about what to do with these feelings.

«The kids will acquire the skills themselves of how to handle big feelings.»

Will the conflicts diminish if we can work on the big feelings?
Most of the time, even if we can channel those big feelings, the conflicts won’t go away immediately. But they will get easier to manage. And the kids will acquire the skills themselves of how to handle these feelings. I know a little boy, for example, who was always hitting and kicking people. This was not a game, he was mad, and then he would kick. But he learned, as his teacher showed him, that if he hit and kicked newspaper instead it would make a nice, ripping sound. He would get to the point that instead of hitting his mother or hitting a child, he would say: «I need newspaper!» This was him recognizing «I am mad, I can’t hit a person, and I need a substitute target». That was an amazing emotional development for a 4-year-old.

I always thought that just redirecting aggression could even encourage or reinforce it.
That is something that many people wonder about. But let’s assume: When you’re an adult and you are mad – some kind of physical exercise helps. You could go for a run or for a walk. Some people will clean their houses like crazy – not me (laughs). People can work out their emotions through physical activity.  It’s the same with a child. But we can’t send them on walk around the house by themselves, so we need to give them something in the house, something close at hand, a pillow maybe. If you are outside, they could hit a tree. It’s a physical relief. Young children feel these big feelings inside of them and if we stop them and say: «Let’s talk about how you feel!» – they can’t talk about it in that moment. So if you say: «You can’t hit me, but you can hit the sofa», that act does not make them a bad, mean or  aggressive, criminal person. It’s simply a safe way to release that emotion.

But isn’t it crucial that we teach them how to name and manage these emotions?
Once the emotion has come out and they are tired of hitting the pillow or ripping the newspaper, well then maybe they are ready for a hug. But they cannot talk while flooded with these big emotions. Many children at this age need to release emotions through their bodies. I used to let my body fall on the floor, roll around all over the room and scream. I was very good at it. And what I also remember is that when I was having a temper tantrum, I was terrified. I thought I was out of control and I thought this big feeling would never go away. I was scared nobody would love me anymore. I needed somebody older and more calm to help me out. Sometimes I needed a hug, and sometimes I needed somebody to say «I love you, I know you are mad at me right now, but I will be here for you.» And yes, this is tiring for an adult! 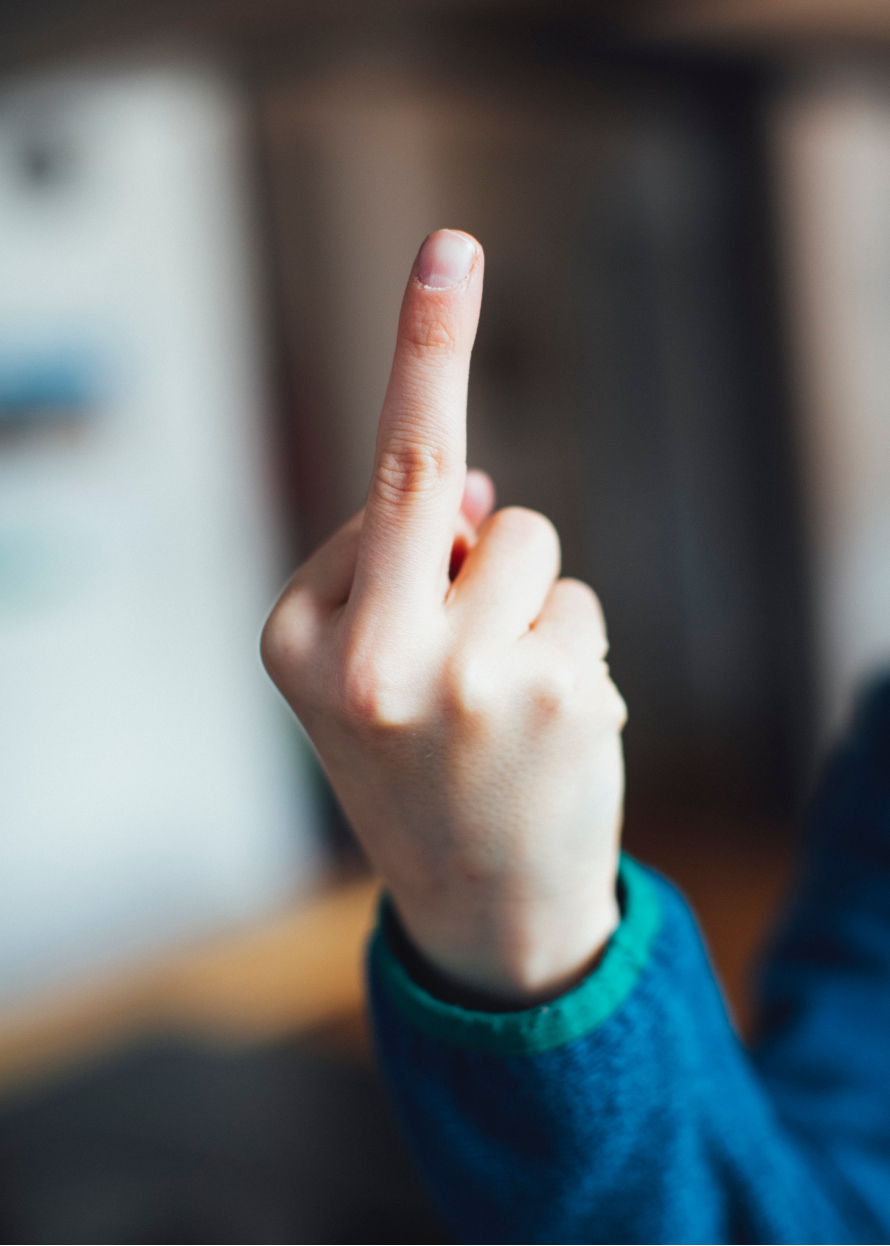 I find myself avoiding conflict and  fighting most of the time. And I know that many parents with multiple children feel the same way. Isn’t it our job as parents to prevent conflict and fighting?
I think we need to give children the tools to sort out their conflicts and their feelings. Usually there is a big feeling behind the conflict. Often the fighting that occurs all day long is due to the fact that the children have not been heard properly. They have a big feeling that hasn’t come out. There is a feeling underneath the behavior. Until we let that feeling come out and be expressed and taken care of, it will linger and possibly get bigger. So throughout the day, it just gets worse and worse.

What can you do if a 2-year-old hits other children at a playground or at daycare?
First, we need to stop the hurting. Sometimes toddlers can’t stop themselves, so we have to go to them, not yell over a distance, and help their body stop.  Then we need to find out whether it’s play or conflict. Ask your child: Did you like it when she hit you or pushed you? Sometimes a child will surprise us and say «Yes! I did like it!» So ask first, don’t assume that it’s a bad thing and that the child that is hitting is a bad kid. If it’s a conflict, then you work through the steps of conflict mediation: What did he do that you didn’t like? Go through those feelings and find out what’s going on.

«Sometimes toddlers can’t stop themselves, so we have to go to them, not yell over a distance, and help their body stop.»

What if the 5-year-old comes home from kindergarten, where she always behaves well, and at home bumps into her little sibling on purpose?
You will see your child’s worst behavior because they feel safe and comfortable at home with you. It’s a compliment to you that this is where they feel safe and loved, and even if they can’t control themselves anymore, you will be there for them. So expect that your 5-year-old coming home from kindergarten will show you her worst behavior – but that means that they might need some extra help. They are exhausted, it takes a lot of work for a young child to hold themselves together in a public space. So much is expected of them at school and in public. They will let down all their impulse control and just collapse with exhaustion at home. That’s to be expected, it’s completely natural and it shows that they feel safe at home. But, physically, the younger child needs to feel safe too, so you need to protect the younger child.

Can we prevent this situation somehow?
If you know that your child needs some physical relief when they come home, maybe you won’t put the siblings in the same room right away. Maybe you give the older child some hugs, you rock them in your arms like a baby or you read them a story or give them food or let them blow off steam by running around outside. Many different things will work with different children. Maybe the transition coming home is quite difficult the first half hour – so separate them at first and then give them something to ease into after that. Let them know:  You are home now, you don’t have to pretend you are perfect anymore, you are home with your family. But still – you can’t push around your little sister.

«You will see your child’s worst behavior because they feel safe and comfortable at home with you.»

What’s the most important rule you would propose for a family?
The one that covers it all is: What you do is okay as long as you are not hurting other people or property.  That applies even if there is a big feeling. For instance: You can be angry, but I can’t let you hit me. You can wrestle, but not here in the kitchen. This also applies when  something hurts another person’s feelings. Or if a child is screaming – let them scream outside so it won’t hurt your ears. This rule covers nearly everything and you won’t need many other rules.

We often assume the worst things of our children, that they are acting out simply to annoy us
Yes. But actually, they are waving a big flag: Help! I am out of control and I can’t help myself. They are not trying to make us angry, but they have a big feeling and they don’t know how to deal with it. The first time my child had a tantrum I was so happy! I had all this child development knowledge and I thought: «Oh look! He has a big feeling and I know what to do!» I felt very powerful and in control, because he was doing exactly what was natural and normal – and I knew how to help him. I tried not to smile, but I felt good actually. I felt as if I could help him. You get less tired when you realize how you can help and that it is a natural occurance.

This is part 2 of our interview with Heather Shumaker. Part 1 was about rough play – and why it is so important and useful for children. You can read this part here.

Our thanks go to Stefan Wachs, who helped us with the English version of this interview. 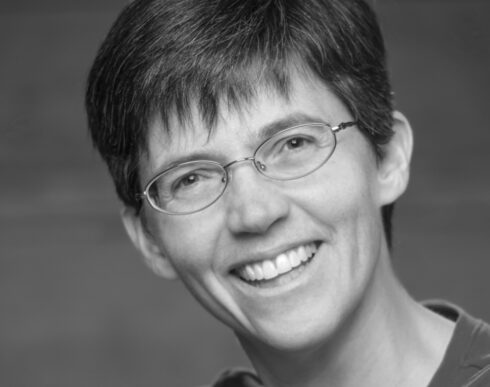 The author has two teenage kids and lives in Michigan. This conversation took place via phone. Her books are available in English and French («Parents, rebellez-vous: Comment résister à la pression sociale et élever des enfants bien dans leur peau»). The audiobook of «It’s Ok Not To Share» is available on Spotify. 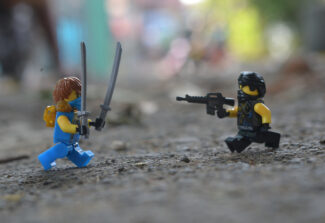 «Rough play is a very intimate form of play»

Physical games are incredibly good for children, says Heather Shumaker. And she explains why we should not ban toy weapons. mehr 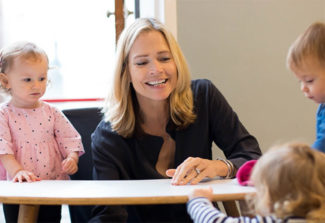 What would Janet do?

RIE-advocate Janet Lansbury shares her insights from more than 20 years in the field of respectful parenting. mehr 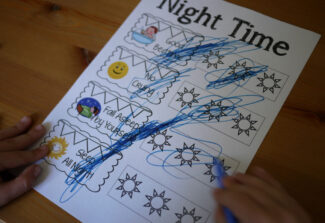 Bestselling Author Alfie Kohn talked to us about why we should stop punishing and praising our children. And what we can do instead. mehr 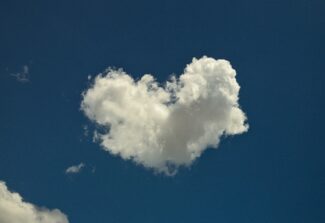